Tanpopo (たんぽぽ?) A Kunoichi of the Rokki-dan alongside Meguro, as a student of Master Sori, Tanpopo is considerably much more talented at art than Meguro. Her real name is "Urara".

When the Rokki-dan is first introduced, Tanpopo draws a picture of Sukezane Baro's face and weapon for the other members to look at. Later, Meguro and Tanpopo are introduced as students of Souri and know Rin, and later Manji.

When Habaki's wife and son are taken by Ugen Hanabusa's men, Meugro and Tanpopo spy on them to see if they are okay and report back to Habaki.

When the time is up for the ittō-ryū to leave Edo, Habaki and the Rokki-dan follow. While Tanpopo is explaining their reason for leaving to Sori, she is pushed aside by Meguro who explains instead.

Later, while tailing the Itto-ryu, Tanpopo and Meguro notice that Anotsu and Baro are not with them, and go back to meet up with Anotsu. On the way back, a group of shinobi, sent by Ugen to stop the Rokki-dan, attacks them.Tanpopo is hit by shuriken and knocked unconcious, and when their leader is about to kill Meguro, she cuts her arm to push her back, then runs with Tanpopo in her arms.

As she's falling unconcious at the nearby town, Rin picks them up and finds Burando to give them medical care. Tanpopo's injury is not fatal because she was wearing a metal plate on her chest, to which Meguro remarks that she was saved by the cushioning of her breasts and not the armor.

The Return of Shira[edit | edit source]

While Meguro and Tanpopo are heading back to Kagimura, Shira hears them talking about Manji and Rin. Shira blocks their path and threatens to kill them if they don't tell him of Manji's whereabouts. The two of them remember Habaki telling them that if Shira asks them anything about Manji, that it'd be best to tell him the truth, or they wouldn't live through the encounter. Tanpopo keeps silent, but Meguro informs Shira that they are in a town nearby, but that they probably have already left.

Later, she saves Manji and Rin from Shira's trap. While Meguro fights Shira, Renzo helps Tanpopo bring a hypothermic Rin back to a small hut while Manji returns to Shira to finish their fight. After Shira is killed, Manji and Rin lay unconscious in the hut, Tanpopo using her body to warm Manji, and Meguro using hers to warm Rin. When Rin wakes up she is momentarily jealous that Tanpopo is laying with Manji, but then Renzo comes to take Manji's arms. Meguro stops Renzo, and Magatsu tells him the truth about his father.

Rin later asks her and and Meguro to take care of Renzo.

Much of Tanpopo's abilities are not known but considering the fact that she is a kunoichi (female spy/ninja) like Meguro, they should have about the same abilities. Thats is, the ability to run very fast over long distances and fight using that speed. She is also an accomplished artist serving under master Sori.

Tanpopo along with some of the other major characters (mostly girls) of Blade of the Immortal are often shown in Hiroaki Samura's Omakes, and end of the Volume specials.

Tanpopo is also shown to have a romantic interest in Master Sori and often daydreams about him. 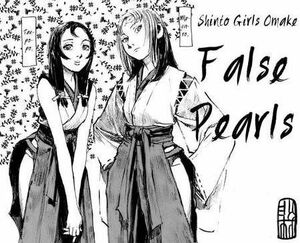 Tanpopo with Meguro in the Omake, False Pearls

Tanpopo in her Rokki-dan Kunoichi attire
Add a photo to this gallery
Retrieved from "https://boti.fandom.com/wiki/Tanpopo?oldid=6508"
Community content is available under CC-BY-SA unless otherwise noted.